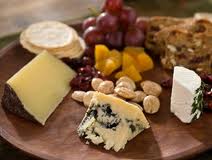 I hit a turning point in my life when I discovered my love for cheese. This sounds shocking, but I hated cheese growing up unless mom disguised it as something else, like on pizza or a hamburger. No string cheese for me, no little wedges with the cow face on them for snack, nuh-uh, nothankyou. Just give me some Teddy Grahams and I’ll be happy.

I had always been a picky eater. My list of no-can-dos would have intimidated even the most easy-going of mothers: broccoli, brussels sprouts, mayonnaise, mushrooms, cantaloupe, apple pie, parsnips, jelly, wild rice, tuna, salad dressing of any kind. I could extend that list, but I’d like to finish this blog post sometime today.

My mother had an effective rule that allowed me to at least get some nutrients from my food without requiring I sit at my untouched plate for most of every evening; the now-infamous Three Bite Rule. In order to be excused from the table, I had to eat, chew and swallow at least three bites of everything on my plate – substantial bites, none of the tiny little manipulative nibbles that I probably would have attempted had my mother not been wise to my craftiness. I, in turn, learned how to plug my nose while I chewed. That way, I could hardly taste the urine-scented brussels sprouts as I grimaced through every mouthful.

When I went to France at age twenty-three, my entire world-view shifted. I knew the protocol while a guest in someone’s home in a foreign country – you try anything set before you. I don’t care if they serve up fried tarantula with a pickled newt eyeball glaze, you try it and you smile the whole time. Doing otherwise is rude.

This is how I ended up discovering cheese.

During the first week abroad, I found myself the honored guest of a French family and friends as they gathered for dinner and a spirited viewing of the world cup game. The entire country tuned in to see Le Bleu defeat Germany; we watched (and yelled) during the cheese course. For those unfamiliar with French dining, they typically enjoy cheese at the end of a meal, instead of dessert, which so far I had found a disgusting custom. Mind you, I hadn’t voluntarily eaten cheese in fifteen years.

Still, when the hostess offered me a local specialty, chèvre, after several protestations of fullness I took a nibble.

OH MY GOSH, I had been missing this my whole life?

The rest of the trip I spent in a haze of cheese and baguette, as well as other foods I had heretofore never considered. Gizzards on a salad? Yep. Unidentified lunch meat on a sandwich? Sure thing (turns out it was prosciutto, a culinary gift from God Himself). I gorged on the best food of my life, as well as Raclette, Gruyère, Roquefort, Camembert, Brie, and yes, chèvre. Turns out, I didn’t dislike cheese – I disliked cheddar, the only kind we ever ate in 1980’s and 90’s suburban Los Angeles.

Since that time, I have been more open to trying new things. I still have a list of foods I won’t eat, but it’s significantly shorter. Mayonnaise, raw button mushrooms, and powdered creamer are still a no-go, and any kind of low-quality coffee is immediately spit out, preferably in someone’s unsuspecting face. Why would anyone serve that kind of swill?

But since discovering cheese, a whole world of delicious foods opened up to me, and I became an unexpected foodie. My life (and waistline) has never been the same. 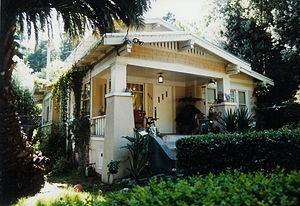