Rod Stewart told me I looked like someone killed my puppy this weekend. Although in all fairness, Rod, that’s just what my face looks like.

There is nothing that brings me more delight than random episodes of ridiculousity (new word I just made up), and a celebrity impersonator at a party fits that definition better than most. I have been blessed by seeing a nice variety of impersonators thus far in my life, and always when I least expect them – which is really the best time to see them.

Tip: if you ever throw a party with a celebrity impersonator, it should be a surprise. Just trust me on this one. They are only effective when you don’t know they’re coming, because try as you might, you can’t emotionally prepare for something like that. You just have to go with it, like an unscheduled pelvic exam.

At Mike’s old client’s  birthday many moons ago, an Elton John impersonator made an appearance. Truly, there are no words for how hilarious it was. This was back in my drinking days, so the event was twice as fun as it probably should have been. I have fuzzy recollections of alligator boots, singing along to Saturday Night’s Alright for Fighting and being a tad under-dressed. And purple. Lots of purple.

Also, yes, this client was gay. Is gay. I just meant that he doesn’t really work with him anymore, not that he changed teams or died or anything.

This weekend, I was at a sixtieth birthday party for a family friend of Mike’s, and in between scarfing down as many appetizers as I could (seared scallops with mango salsa! mini bruschetta! smoked Gouda!) and trying not to be awkward in front of a roomful of strangers, I was hiding in my corner of the room like I usually do in large groups, when a whisper went through the crowd that a “surprise” would be coming at nine.

Damn. So much for the plan to escape back to the house for an early bedtime and some Q.T. with the final pages of A Clash of Kings. I love surprises too much to forsake one for my usual party-getaway M.O.

I must admit though, I was thinking along the lines of “surprise ice cream bar” or a surprise public proposal, which are both events I love – so I was not prepared for what was to follow.

It was epic. It was a riot. It was everything you’d want in a Rod Stewart impersonator, including an off-and-on American accent, bad wig, and loudly patterned blouse.

This version of Rod was also a comedian of the variety that likes to insult and/or embarrass the audience. He would occasionally break “character” to pick on unsuspecting stoic white men and their asking-for-it-loudmouth-drunk wives. There was much pelvic thrusting and uncomfortable touching, which was very entertaining and simultaneously creepy, a difficult harmony to maintain.

He wisely avoided me, because I have been known to slap men with wandering hands and loud mouths, impersonator or not. Those stretchy black plants do not grant you immunity, mister. Plus, apparently I looked like a dejected child, as he pointed out in front of everyone, which I guess doesn’t scream “please molest me Mr. Faux-Rod Stewart!”

FYI, when I get tired, I lose control of facial muscles and I often look like Fiona Apple after watching an episode of Thirtysomething.

So all in all it was a fruitful night for prolific thought. As he sang uninspired versions of “Hot Legs” and “Tonight’s the Night,” I found myself pondering such deep questions as, “did he always want to be a Rod Stewart impersonator?” and “does he have to moonlight as a panhandler or, deargodIhopenot, stripper?” That’s just how my thought process works when I’m overly tired and wishing for an ice cream bar.

The bonus about Rod’s appearance is that it got me thinking of my upcoming MOMENTOUS birthday and wondering what sort of impersonator I should hire, so today I did a little research. Elvis, obviously, is the most popular of impersonators, but I am not an Elvis fan by any stretch of the imagination. Marilyn also made an appearance on Google’s list, but eh, seems overdone and honestly the only movie I’ve ever seen her in is Some Like it Hot and I’d rather have a Jack Lemmon impersonator, truth be told. Brad Pitt popped out among the names as promising, but let’s be honest – anything less than the real Brad Pitt is going to be a major letdown. 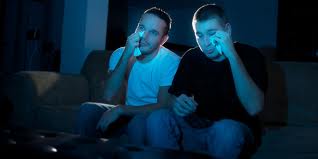 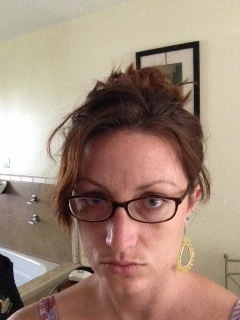 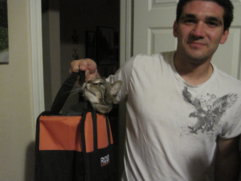