Las Vegas is a city with no poetry.

When people suggest going there, I groan inside, usually followed by a lengthy protest. “Eh…I don’t know…,” I hem and haw, not wanting to hurt the person’s feelings but still wanting to make my dislike abundantly clear.

When people ask me what I think of it, the first word that comes to mind is “fake.” The second is “flyers for hookers” (I know, more than one word). The third is “bad decisions,” “liquor,” and “staying up past my bedtime,” all in one fell swoop. The fourth is “I hate the desert.”

Then there are the casinos brimming with smoke, gambling and drinking. I do none of these. I am a person who prefer to play online casinos – click to see my recommendations which sites offer great rewards. I’m no teetotaler, I’m just a non-smoking alcoholic who is terrible at gambling (proven by the one time I tried to play a pay by phone casino apps on my phone) because I have no luck, but now that I have started to explore more I’m planning to read Vietbet Sportsbook review and find out if my skills of basically being a non gambler can win me some money. On the contrary, my math skills are amazing even without an paper and pencil are available. Gambling feels like grabbing a fistful of cash and tossing it in the air during a monsoon.

So there’s not much for me to do there, as a married, sober lady with poor luck who can’t even play roulette. Who thinks 9 p.m. is late. Whose idea of a good time is a book and a quiet room.

So when Mike asked me if I wanted to accompany him to Sin City on his business trip, I hemmed and hawed. I protested that I had work to do, that we’d be spending money we didn’t have, yada, yada.

When I came to my senses, I realized that logging a few days in a classy hotel with multiple pools and a gym can’t be all bad. 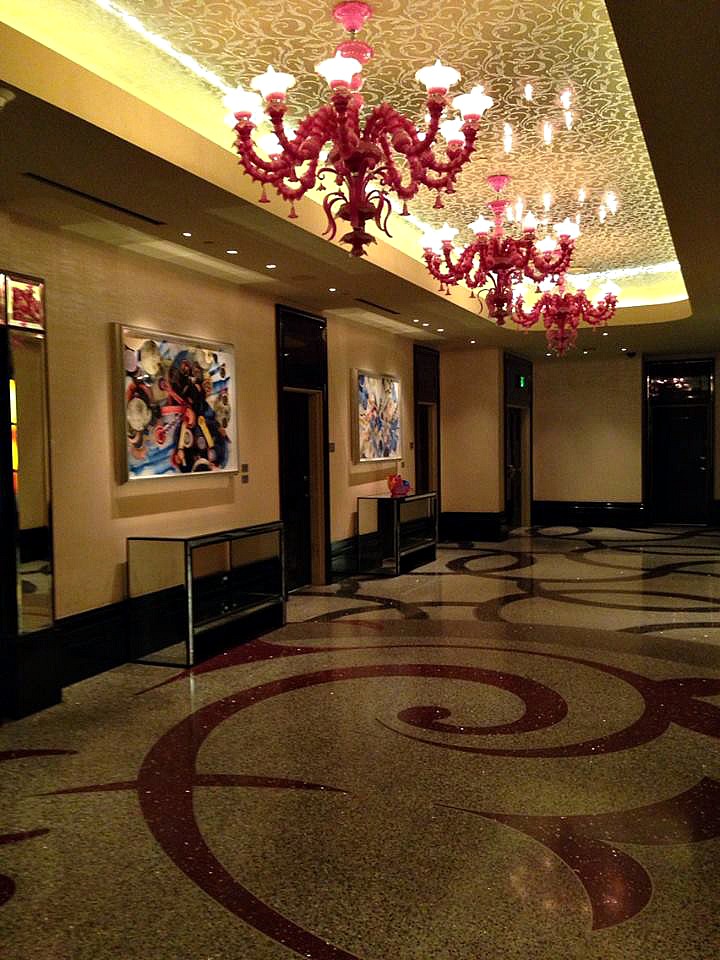 Now, as an eternal nerd, I can extract a lesson from any life event. The lesson I learned on this trip is that there is poetry in Las Vegas. You have to look closely, but it’s there. I think the fact that I was the only sober person over the age of fifteen probably sharpened my vision.

The poetry you find in Vegas is that of Hunter S. Thomson. It’s many things, but mostly it’s something dark disguised as fun.

I first noticed it in the lobby of our ultra-chic hotel. The hotel itself was a sophisticated traveler’s paradise. Superlatively modern design, no detail overlooked, no luxury too minor for this hotel. The lobby bar looked as if a sulky-hipster Alice in Wonderland and tight-jean-wearing March Hare and fedora-clad Mad Hatter would pop up and offer me a pull on their hookah. With James Bond. Music of the sort you might hear at a club after hours played on omnipresent speakers, along with coordinated digital artwork and videos. All of humanity walked through that lobby, the entire spectrum represented as we waited for our room key. 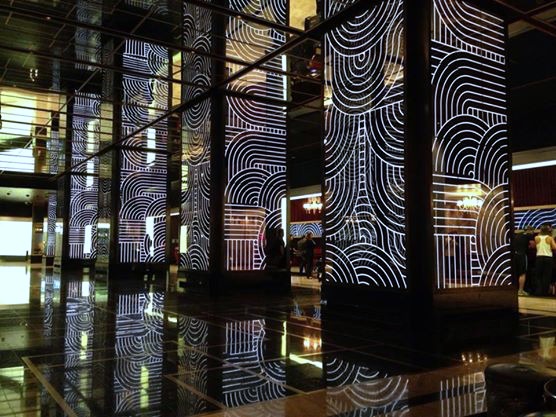 During this overwhelming spectacle, I noticed the pristine white end tables next to the tufted sofas. They had grit between the glass surface and the frame, as if the night crew didn’t do a thorough cleaning job. 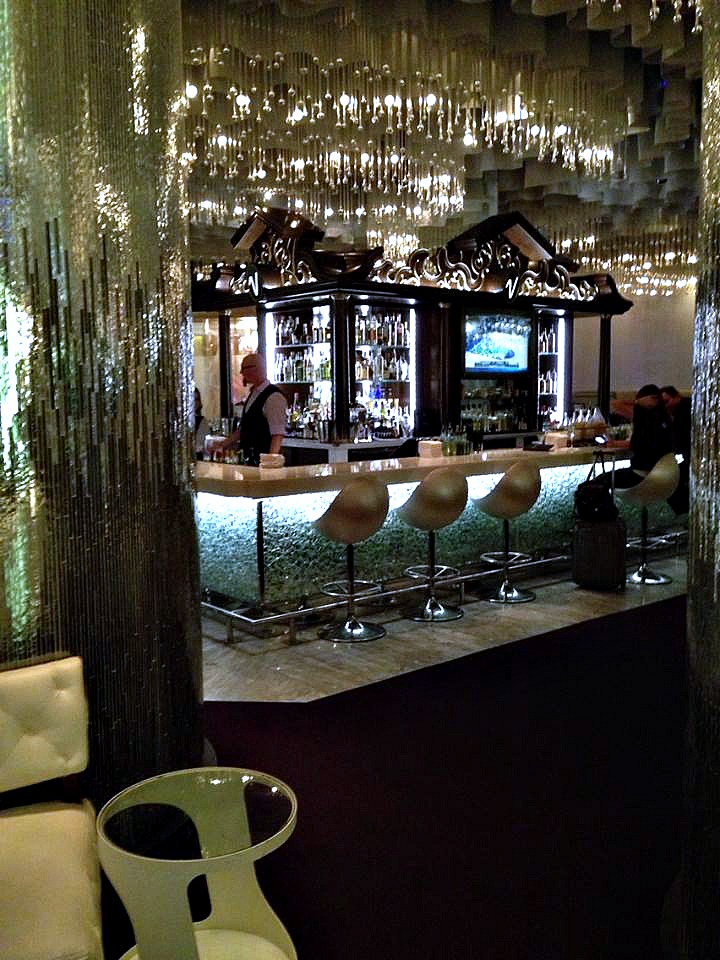 Then, I saw the dark spots on the armchairs, where the antimacassars would go if we lived in an age when antimacassars were still de rigueur. Oil from hair and skin had seeped into the plush fabric, and the dim light did its best to hide the evidence. Humans, in all their dirtiness, had spent hours and days here, despite the sleek effort to appear impervious.

I spent the rest of my time in Vegas looking for it. That, and soaking in the hotel tub. 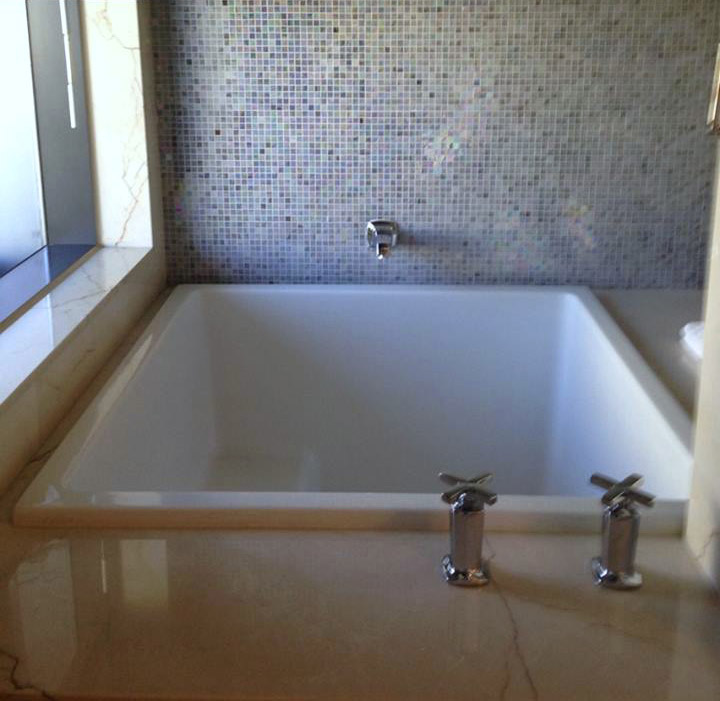 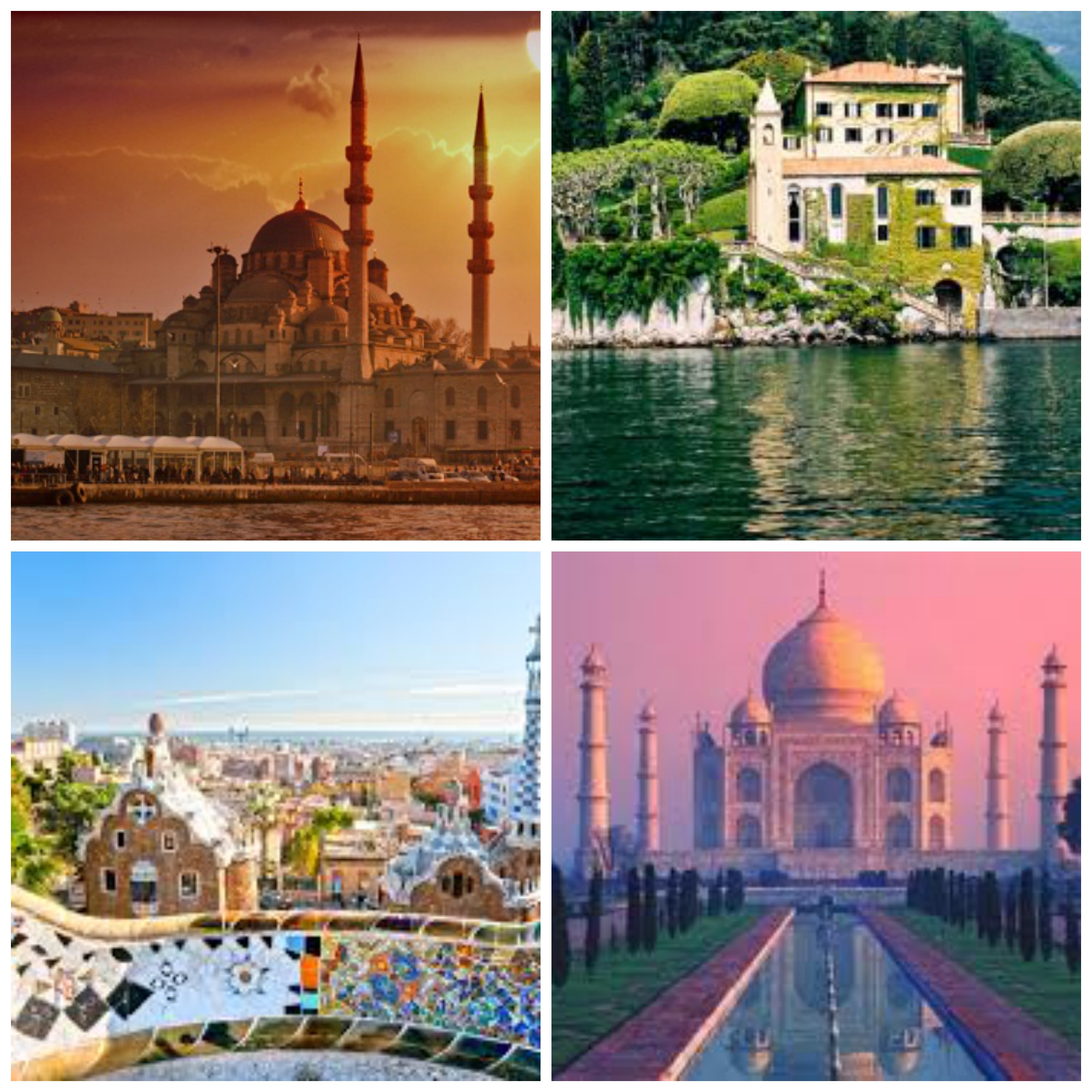