Broken hearts – most of us have had them.

I, however, am the Queen of Broken Hearts. Not because I’m special or have had my heart broken more than the average person, but because I am dramatic. I can take a little heartbreak and turn it into a rock opera; I have been known to take YEARS to get over a lost love (to be fair, those particular years were times I spent off my antidepressants).

So when my excellent friend Jen Kehl over at My Skewed View announced that her Twisted MixTape blog hop theme for this week would be broken hearts, I had to jump in, even though I don’t often write about music. Specifically, the theme is “you are the biggest jerk ever for breaking my heart” – I HAVE SO MANY SONGS THAT SPECIFICALLY ANSWER TO THIS THEME!

I’m sorry I shouted, but as this is the most enthusiasm I’ve felt in quite a while, I’m just going to be expressive.

So I’ve organized my selections for my mix tape according to the proper stages of break-up grief, starting with soul-crushing sadness, moving through rage and on to cheerful acceptance and a middle finger. Let’s face it, we all hope for the day when we can say, “Meh, I can do better.”

We just hope it comes before you spend three years of your life crying in your car while the C.D. player blasts Boyz-II-Men’s “End of the Road“… for the fifth consecutive time.

This one…man, I wore out my burned copy of this. We were soul mates. We were fated to love each other forever. Not Romeo and Juliet forever, but Brontë forever. Eternity and shit.

Don’t fall away and leave love bleeding in my hands, in my hands again

Dramatic enough for you?

Sidebar: Please don’t watch the music video. It’s terrible. Just listen to the song. Please, this once, trust me.

Back to Black – Amy Winehouse

This one is a good one to indulge in as you move from despair to bitterness; not quite at the rage-roadmark, but well en-route. It’s a little nasty, for my more sensitive readers, but what part about heartbreak is neatly tied up with a rick-rack ribbon?

This song came out when I first discovered music (and, incidentally, boys) – and man, did I ever cling to the angry-girl-screaming aspects of this song.

Naturally, I appreciate the lyrics more now that I’m older and  wise in the ways of love, but something in me always knew that Courtney Love was really pissed off about a guy, and I related. 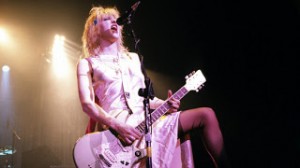 No one knows heartbreak like Fiona Apple. This one is where healthy anger meets well-timed acceptance…with maybe a little “go to hell.”

Ah, Beyoncé, you empower me. Every time I hear this song, I want to kick every cad I’ve ever dated to the curb with such confidence. You show us all how it should be done, and that’s why we love you.

And keep talking that mess, that’s fine
Could you walk and talk, at the same time?
And it’s my name that’s on that jag
So go move your bags, let me call you a cab

Rather than moving out, Beyoncé kicks her lying, cheating ex out of the house. At this point in the break-up process of grief, there’s no more need to wallow over a broken heart – “replacing you is so easy.”

If only I could handle my emotions with as much badass panache as Beyoncé. I’d also like to be able to produce a multi-platinum album, but one goal at a time, right? 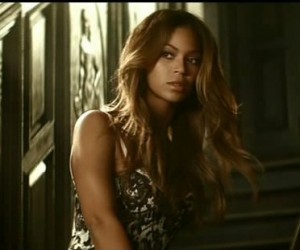