He was late picking me up, but oddly enough, this didn’t bother me. Ordinarily his tardiness drove me bonkers, but today I could let it go. Plus I was enjoying my reruns of Buffy the Vampire Slayer in a rare moment of free time, so who was I to complain?

Valentine’s Day fell on a Monday this year, so we were celebrating today, Saturday, with a hike followed by dinner. Truthfully, Valentine’s Day wouldn’t be a big deal to me, but it was the anniversary of when we reunited after a few years of on-again-off-again, youthful, angst-y romance. Six years, to be exact. For an additional three years, we had finally been loving each other in a way that more resembled grown-up behavior, and we celebrated every year that we both got our heads screwed on straight enough to finally appreciate what we had in each other.

So that’s nine years total. That’s a lot of years in dating language, even for on-again-off-again. However, this no longer bothered me as it had when we were younger.

I painted my nails a delicate nude as I watched Buffy and Giles research vampire lore in the library, enjoying the way the afternoon light tickled my forearms and warmed up the room. Really, despite the February date on the calendar, it could have been May outside. The ocean down the street had never looked so vibrant, the air had never smelled clearer.

Finally my phone buzzed. “Hey, I’m outside. There’s no parking.”

“I’ll be right out,” I said, shutting down Buffy and giving my nails a final shake in hopes that I wouldn’t smear them.

He had double parked, and walked around to give me a hug and kiss. “Happy Valentine’s Day.”

“You too,” I said, squeezing him tightly before getting in the car.

“I’m sorry I’m late,” he said, buckling his seat belt and pulling away. “There were problems with our dinner plans that I had to take care of.”

“Don’t worry about it, I had time to paint my nails,” I said, waving them in front of his vision.

“Nice,” he said with a quick sideways glance, returning his eyes to the road.

Cruising the back of the hill along the ocean, he pulled off onto Trump National Golf course, a country club that clung to the cliffs over the ocean.

“I thought we’d hike down the trail here,” he said as he pulled into a spot.

“Okay, cool – I haven’t been back here yet.” We hiked behind the buildings and down the side of the cliff, walking along the beach and talking peacefully. How lucky we were to have recognized the uniqueness of our connection despite our attempts to sabotage the us that we now were, how all the challenges and yelling and being young and hopelessly stupid and romantic prepared us for how to go through the hard times that followed.

After a while, we just sat on the sand in companionable stillness. Mike looked at his watch. “We’d better head back so we have time to get ready for dinner.”

As we drove away, he looked at the clock in the car, and said, “I guess we have a little more time before dinner than I thought. There’s a spot I’ve been wanting to show you. Do you think we have time?”

“Sure,” I said, feeling incredibly amenable to whatever he suggested. Too many years I had whined and complained when things weren’t perfect. Today was different.

The trail began at the end of a cul-de-sac, and we had to squeeze through a fence to get to it. “Are you sure it’s okay to go back here?” I asked.

He held out his hand, and we walked along the edge of the cliff until the houses disappeared from view, with just the ocean ahead and Catalina Island sparkling like a facet in the glimmering sunset.

He pointed to a promontory across the narrow bay. “See those picnic tables? Wouldn’t it be neat to bring some food up there some day, have a picnic?”

“Yes, it’s beautiful here. We should come back and do that.”

“Do you want to see if we can walk up there?”

“Let’s give it a shot. We can always turn back around.”

As we walked, we both grew silent. The light around us had taken on that magical golden quality that belongs solely to the L.A. sunset, painted with more shades than any other sunset I have ever seen. Who cares if it’s brought on by the smog? At this moment I didn’t feel like making a joke about the air quality.

Because at that moment I knew.

“Wait, look, there’s a trail over this fence,” Mike gestured. “Let’s check it out.”

Climbing over the waist-high fence, I seemed to float along the flattened grass as if I were on a moving walkway. Suddenly, the moving walkway was dusted with rose petals. Beyond the taller grass, at the very edge of a cliff was a blanket, a picnic basket, and roses.

And him, standing there. Then kneeling. For Mike, on our anniversary. I love you. 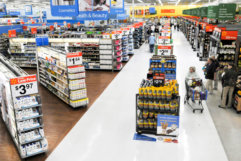 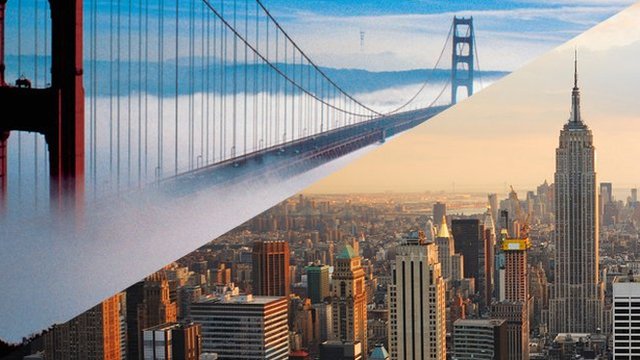 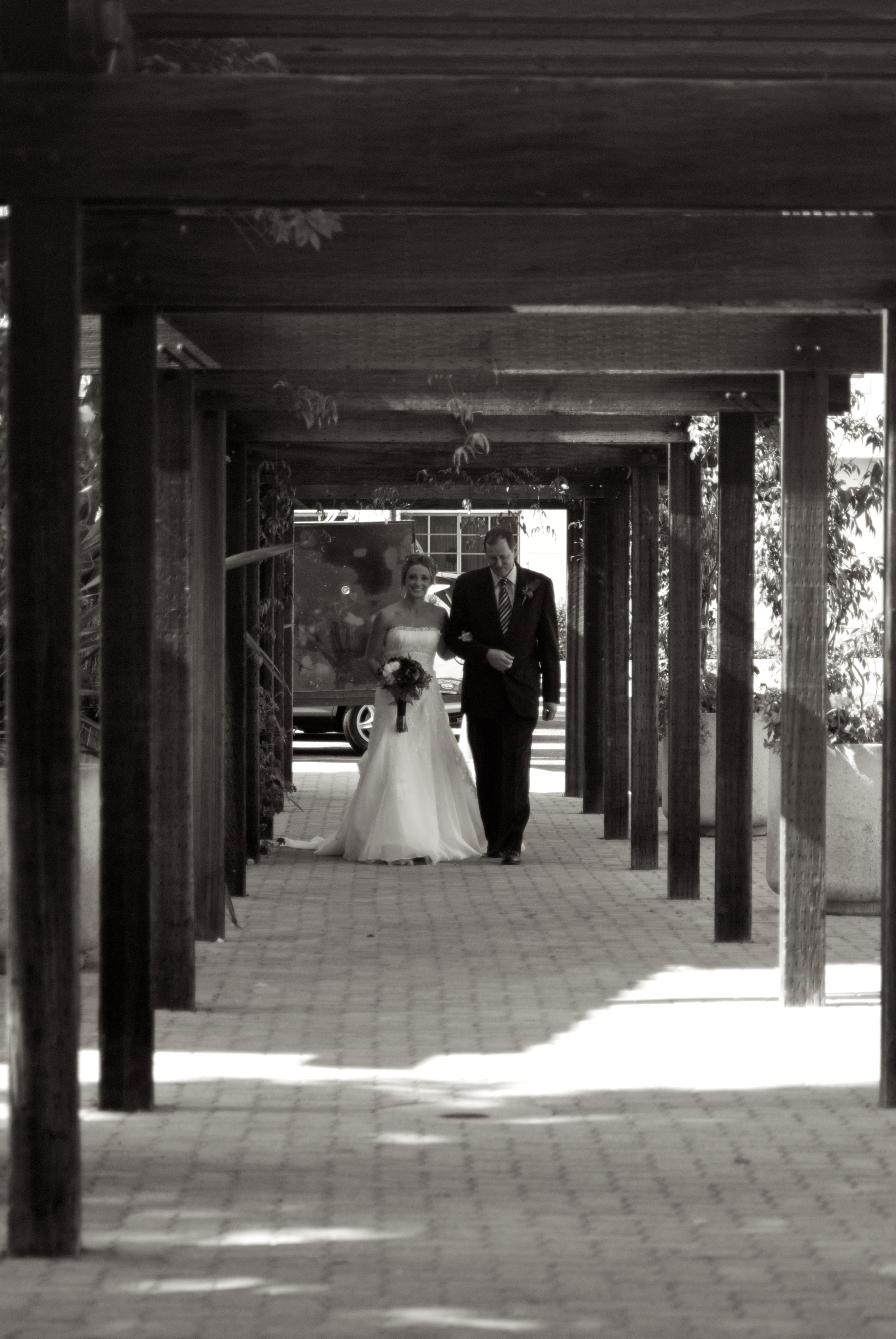